For our first lesson, we will begin by looking at a few of the most successful businesses in the history of our planet. We will then look at some business failures to see if we can spot patterns that define the difference between successful versus failing businesses.

Let’s look first at three very successful businesses: Google, Amazon and Facebook to see what has made them so successful.

What was Google’s profit margin in 2018?

If Google has 40,000 employees, how much profit did Google make per employee?

Here is Google’s financial statement for 2017 and 2016 showing that they are growing very rapidly at a rate of more than 20% per year.

History: Facebook was started in 2004 by two college students. Facebook is the number three visited website in the world with just under one billion visits every day. In 2017 Facebook had $40 billion in sales on which it made a profit of $20 billion. Facebook has 25,000 employees

Facebook generates nearly all of its revenue from targeted advertising and mining user data -  compromised user data, privacy, and security by granting multinational companies access to the personal information of its users. This is different from Google that is selling more general ads.

Facebook has about the same kinds of expenses as Google. They have to pay for employees and about one million servers. This statement shows that Facebook is growing even faster than Google. 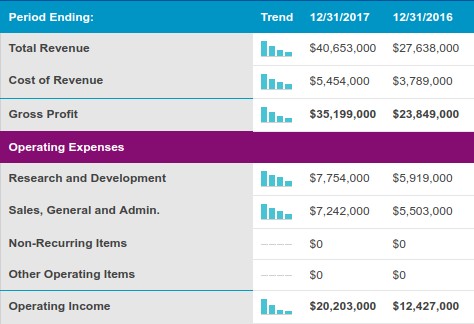 If Facebook had a profit of $20 billion for 25,000 employees, how much profit did Facebook make per employee?

History: Amazon was started in 1994 by a single person, Jeff Bezos, as an online bookstore. In 2002, Amazon started Amazon Web Services (AMS) which rents out space on its one million servers. Amazon is number 12 in the world in terms of visits and number 4 in the United States in terms of visits with about one billion visits every 10 days. Amazon is now the most valuable company in the world, ahead of Apple and Google.

How does Amazon make money?
In 2017, Amazon had $178 billion in sales on which they made a profit of $3 billion. Nearly all of this profit was from Amazon Web Services.

What is Amazon Profit Margin?
$3 billion divided by $178 billion = just under 2% which is not very much!

What are Amazon expenses?
Amazon’s costs are almost equally divided between paying for products (including shipping) and paying for employees. Amazon has about 500,000 employees. How much profit did Amazon make per employee?

History: Toys R Us was started by one person as a children’s furniture store in 1948 and expanded to toys in 1957. At its peak, it operated 800 stores in the US and 800 stores outside of the US.

In 2000, the toy chain began to suffer from severe price competition challenges from WalMart and Target. This caused the owners to sell out to corporate raiders in a leveraged buyout for $6 billion in 2005. These raiders began gutting the company by diverting sales and profits to pay for interest on the $6 billion loan used to buy the company. 11 years later, Toys R Us still has $5 billion in debt which it was unable to pay. In 2018, its owners announced that they would close all of their stores and fire all of their employees.

What are Toys R Us expenses?
The major expense that Toys R Us was never able to pay off was the cost of interest on the $6 billion loan in 2005. This interest payment was nearly $500 million per year. For example, in 2017, Toys R Us has over $11 billion in sales. Subtracting the wholesale cost of the toys of $7 billion, they still has $4 billion. Subtracting $3.5 billion for employees, they still had $500 million. But subtracting $500 million for the leveraged buy out interest payment meant that they did not make any money at all in 2017. Here is their financial statements for 2017 and 2016:

In the final year, Toys R Us fired 31,000 employees. But the total number fired since the 2005 buyout was about 100,000 employees. The business went broke because the company did not make any money at all per employee during their final few years (after subtracting billions of dollars in debt payments). Meanwhile a few corporate raiders made millions of dollars.

Do you think leveraged buyouts should be legal? Why or why not?

Case Study #6: Henry’s Humdingers
Henry’s Humdingers was a business started by a boy from Whatcom County when he was just 12 years old. His family farm produced a lot of honey and his idea was to add spices to the honey. In 2014, Henry got invited to Shark Tank, a show that features business owners trying to convince some wealthy investors to invest in their business. Henry was offered $300,000 for a 75% share of his business. Henry decided to turn down this offer in order to keep the business entirely in his families ownership. However, in January 2019, Henry announced he was closing his business because he was never able to get the cost of producing the jars of honey down to a low enough cost to make a profit. Despite being in more than 300 stores, Henry only earned $50,000 in sales. How much sales was this per store? 50,000 divided by 300 = 500 divided by 3 = $170 per store. 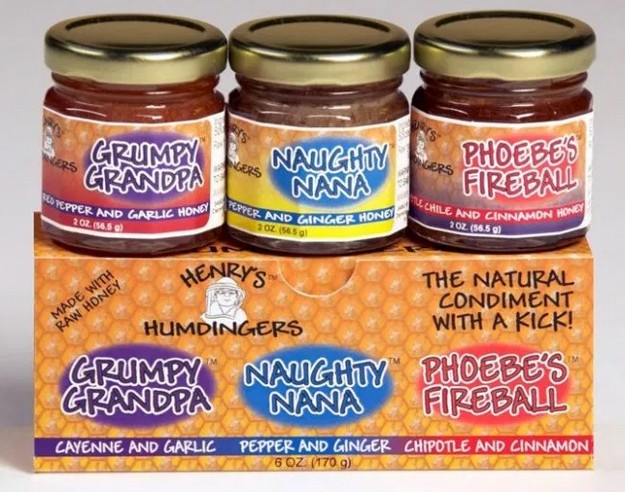 The Importance of Per Unit Cost

Why do you think Google, YouTube and Facebook are so much more profitable than Amazon, Sears, Toys R Us and Henry’s Humdingers?

One answer is in the cost or profit of each item sold. When you start your own business, you should have a firm understanding of what your expenses are. You should be able to show yourself and potential investors that you will be able to increase your profits as you increase your sales over time. This is done by creating a Cost Projection and adding it to your Business Plan. This is the subject of Lesson 2A.

But here is a basic summary for a low cost product like a jar of honey. For a store to sell a jar of honey for $10, they will need to order the jar of honey from you for $6 each per 10 jars ordered or $5 each for 100 jars ordered. This will leave them $3 or 30 percent of their store margin to pay for their employees and store rent and still make $1 per jar or 10% profit.

Since you will also need to make a profit of at least one dollar per jar of honey in order to reinvest and grow your business over time, this means your cost of producing each jar must be under $4 per jar.

Imagine that the jars cost $1 each and that the honey and spices inside the jar cost one dollar each and that the charge for shipping the honey to the stores is $1 per jar. Also imagine you are paying your employees $20 per hour to put the honey in the jars, put the jars in the boxes and ship the boxes to the retail stores. How many jars of honey would each employee need to make and ship each hour to leave you with a profit of $1 per jar?

The answer is that each employee would need to make 20 jars per hour or one jar every three minutes! Amazon has the same problem as Henry’s Humdingers in that the cost of producing and shipping all of their products eats up all of their profit margins leaving them with only $2 in profits on every one hundred dollars in sales.

The advantage of a digital business is that there is almost no cost of production
A digital product like a Facebook page or a Google Search costs next to nothing. One million of them costs about the same as the first one. Therefore the key to making a profit with digital products is merely increasing the volume of customers.